At first glance, the Alfa line of ovens look exactly like....pizza ovens. Most of their promotional literature shows smiling folks hanging around the wood-burning ovens while a pizza bakes away inside. They also sell a bunch of pizza-making accessories which they package together as "pizzialo kits".

However, I am here to tell you that to call the Alfa a pizza oven would be a disservice to the brand. This is simply put, an "outdoor oven" that burns solid fuel.

As I have extensively used the Alfa 5 Minuti oven, I can tell you from experience that it truly elevates to the next level when you use it for food other than pizza. While I have had many pizzas from the Alfa oven, I find the process to be laborious,  particularly making the dough.

Recently I decided to make a thick steak in the Alfa 5 Minuti. I was somewhat pinched for time and wanted to test the ovens ability to sear and caramelize a thick chop, yet leave the interior a sanguine pink, And yes, I wanted the steak touched by the smell of wood smoke to add another element of flavor.

I bought a thick ribeye steak at A&S Pork Store in Yonkers and generously rubbed it with olive oil, salt and pepper. I then let the steak sit so it could get close to room temperature.

In the meantime, it was time to start the Alfa 5 Minuti oven. I laid 4 pieces of short oak wood in the metal holder (an Alfa accessory) and then ignited the wood with my Looftlighter. With the assistance of the high-powered lighter the fire was ignited in less than 10 minutes . I had a vibrant fire that was rolling over the cupola of the dome, which is what I wanted - the arching overhead flame would provide a strong heat source from above, thus searing and caramelizing the top of the steak (otherwise the steak would only cook from the left side where the wood is and would create an uneven cook.

I placed the steak in a Lodge cast iron skillet and let it cook for about 7 mins. Again, the fact that we had such a strong flame from above meant that I didn't need to rotate the skillet that much to get that even cook.

To watch the steak transform from its raw self to a heat-kissed, caramelized piece of art was a truly glorious process. And the sweet smell of the wood burning only added to the experience.

As I expected after looking at the finished appearance, the steak was absolutely stellar, with results that I doubt could be created with a gas grill.

After this cook, it became apparent that the Alfa oven had 5 key points that create its advantage over other pizza ovens and most gas grills.

Most people get scared off from a wood-burning oven due to the perceived lengthy startup time. Alfa's design allows for a much quicker startup....10 mins for cast iron cooking, 45 mins for pizza cooked directly on the deck

I just covered the opening with the Alfa door and the flame was extinguished quickly. This allowed for the wood to be used for a future cook, much like lump charcoal.

While I appreciate most people will not want to fire up a wood-burning grill on a daily basis, I believe that the Alfa should def be used as an adjunct to the convenience of gas grilling. With this steak cook I proved that in less than15 mins you could be experiencing the amazing taste of wood smoke - which is about the same time it takes a moderate gas grill to get to temperature without an infrared sear burner.

At Curto's and Ring of Fire we have an extensive display of Alfa ovens so please visit the showroom or call us at 1-800-966-2878 for more info and pricing on these amazing ovens. 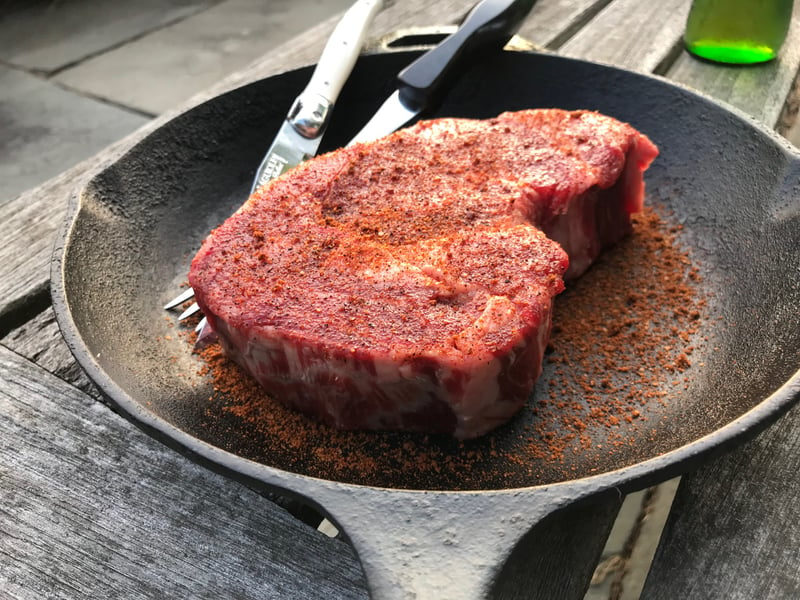 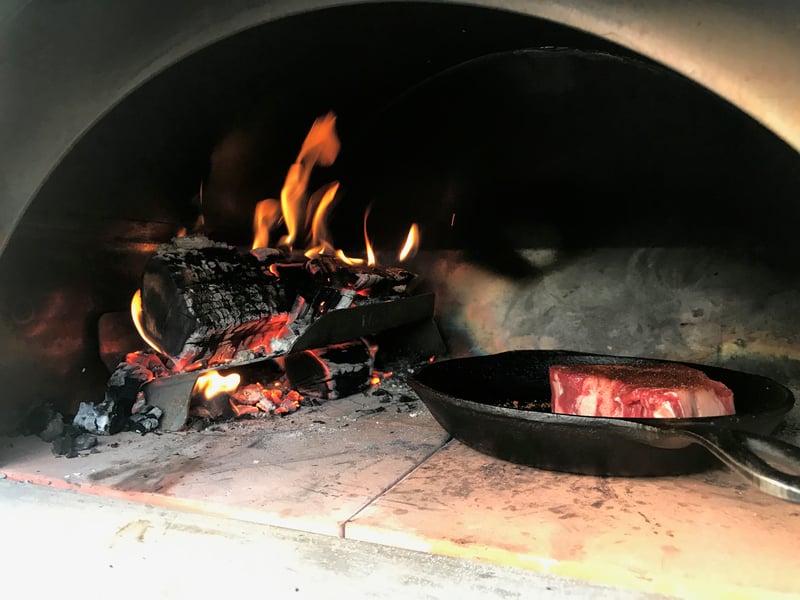 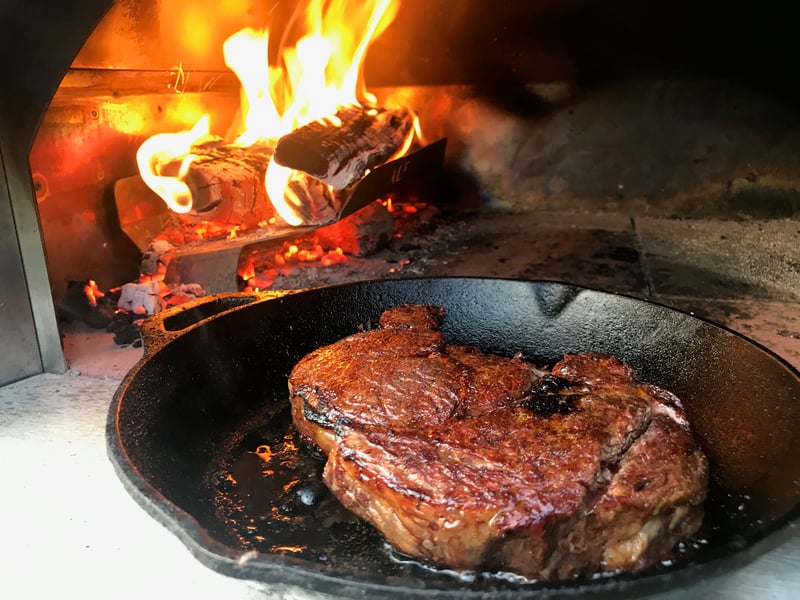